There was much of interest on display at Railtex in May. Here are some of the exhibits which caught my eye 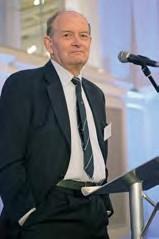 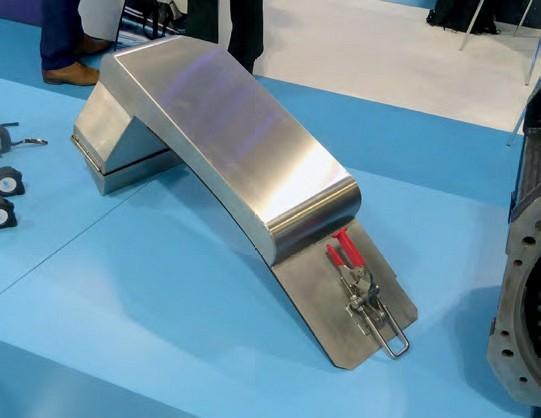 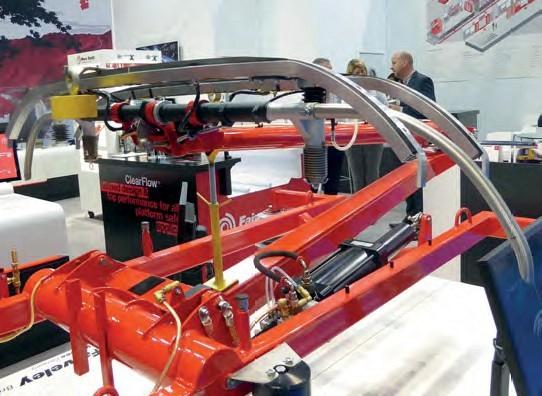 WHILE GEC-ALSTHOM, as was, famously demonstrated a traction motor running submerged in a tank of water following the infamous winter of 1990-91, the real problem is that the snow is sucked in with the cooling air, melts on its way through the motor, then freezes when the traction unit is standing idle. As the water expands it does nasty things to windings and insulation.

Houghton International, which sponsors the Modern Railways 4th Friday Club’s Golden Spanners Awards, had this stainless steel fabrication among the usual glossy painted traction motors and bright copper commutators on the firm’s stand. It’s a new traction motor snow filter that is designed to fit any motor and clips on with the over-centre latch on the right.

IT WAS hard to miss this bright red Brecknell Willis pantograph on the Wabtec stand. It was certainly worth stopping for a closer inspection and a chat.

This is a spin-off from the research into an active pantograph with closed loop control. With a standard pantograph the pneumatic actuator maintains a constant upward force. If the contact wire height reduces, the pan head is pushed down, temporarily increasing the contact force.

Such closed loop control has been tested, but the research has provided a more immediate benefit. The data generated by the sensors in the smart pan head is being used to monitor the overhead line equipment (OHLE).

My second photo shows the pan head viewed from below.

Beneath the carbon collector strip are three equally spaced fibre optic strain gauge assemblies that measure the position of the contact wire and the contact force. There is also an optical accelerometer that measures acceleration of the pan head in three directions. Finally, a camera records the pantograph.

If the pan head detects a high force, or the contact wire lateral stagger out of the nominal range, the camera takes a photograph and ‘stamps’ the location on the image. This can then be retrieved to see the cause of the anomaly. You could also put a sensor on the pneumatic actuator to measure wire height.

Following successful low speed trials on a Network Rail High Output Plant System vehicle over the last year, the pantograph is to be fitted to a Class 90 electric loco for service evaluation. While I am often critical about much so-called research, credit to the Railway Industry Association, RSSB and two UK Government innovation funds for supporting this venture. 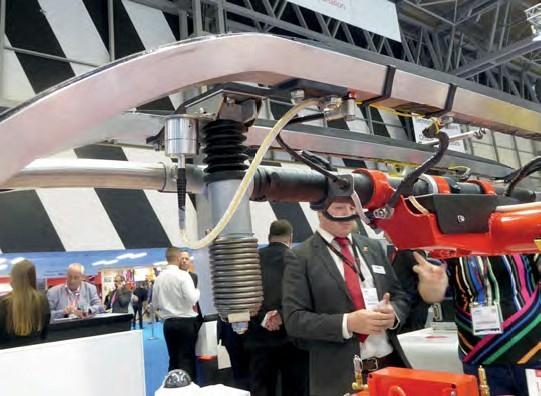 Close-up: under the pantograph head. 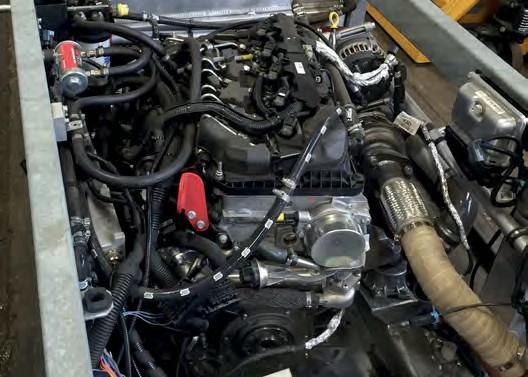 It used to look like this: the original Vivarail power pack.

GOOD GRIEF! Was the photograph of a Vivarail original diesel power module really taken four years ago? The second photo is the latest Mk 3 version and I don’t know about you, but it looks much more of a proper piece of railway engineering. It also has a larger air-cooled alternator.

However, time moves on, and the Stage 3b emissions rated Ford diesel engine will have to be replaced by the end of 2020.

And on the Vivarail stand was its replacement. This brand-new Stage 5 engine is made by Perkins at Peterborough and is claimed to be cleaner than any other diesel.

However, while I like diesels, they are so yesterday. According to Vivarail founder and Chief Executive Adrian Shooter, the current focus is on battery power with fast charge at the terminus.

There is now a 25kV AC electric version. This would have the same end cars as the new Welsh trains but with the centre car mounting the pantograph and transformer. Then, of course, there’s the hydrogen fuel cell powered demonstrator. I would have thought Vivarail would be a job magnet for young engineers looking for an interesting life. 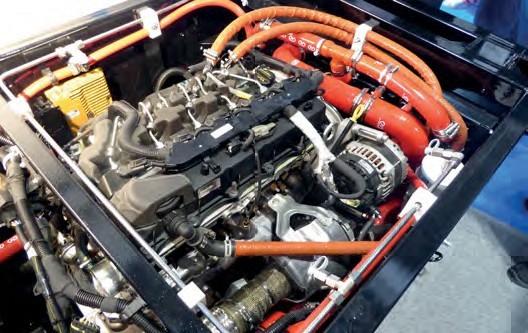 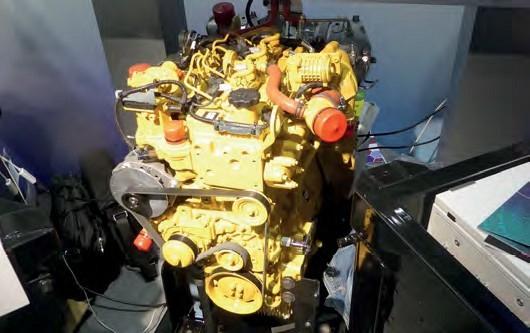 MTU WAS showing the latest version of its hybrid power pack. For under floor applications, packaging is all and somewhere in this photo is a 523hp MTU 6H 1800 diesel engine. Actually, the power pack on display had been made wider for exhibition purposes so that visitors could study the layout.

At the other end of the power pack, you can see the drive train.

Nearest the camera is the ZF Ecoworld 2 six-speed mechanical transmission and in the middle the motor-alternator (MA), which can either charge the separate battery pack or draw current from the battery to provide a power boost, or propel the train in stations. This is rated of 150kW continuous/270kW peak.

Installed separately, the battery pack has a capacity of 30.6kWh.

For comparison, the largest battery for the Tesla model S car has a capacity of 100kWh.

To appreciate the significance of these numbers, let’s turn the MA and battery into an auxiliary diesel engine. Output from the MA is between 200hp and 360hp.

The battery stores 40hph. Allowing for the fact that only around 80% of the battery capacity is usable, that’s an extra 200hp for 10 minutes at the continuous rating. In other words, the MTU pack can match the output of the Cummins QSK19 diesel under the current 125mph DMUs.

Testing is due to start in February next year followed by service running in the first half of 2021. 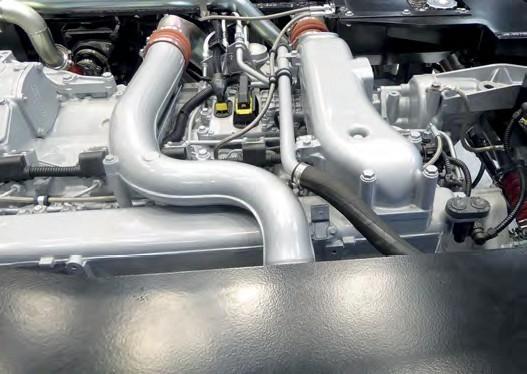 MTU’s Hybrid drive: as viewed from the diesel end… 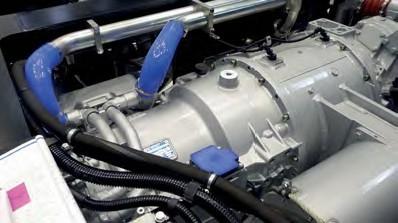 … and from the drive end.

Drive now with diesel: engine on the Voith stand.

MENTION VOITH and you think traction drives, so this diesel engine on its stand caught my attention immediately. However, Voith has been supplying engines with its transmissions for a while. The unit on display at Railtex was ‘a statement to show what we can do’. It is based on a MAN unit meeting Stage 5 emissions and is rated at 535-600hp. Potential applications are seen as new build or retrospective fitment to meet emissions standards. It is a close fit to the existing equivalent Cummins engine.