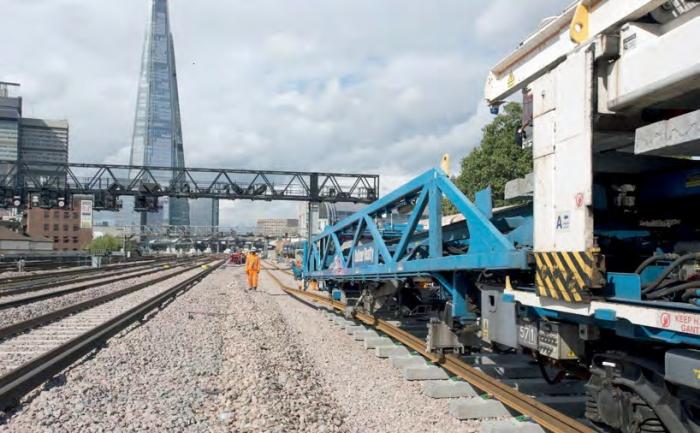 In the shadow of the Shard: track laying in process on the eastern approach to London Bridge on 13 September 2017. COURTESY NETWORK RAIL

Just one major commissioning now stands in the way of completion of the remodelling of the tracks around London Bridge. The 10-day blockade at Christmas will be the culmination of one of the biggest railway systems projects ever undertaken – remodelling the whole layout east and west of the station while ensuring this work ties in with the rebuilding of the station itself.