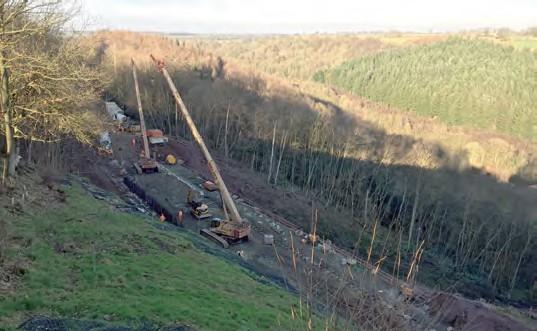 THE SETTLE and Carlisle line north of Armathwaite is on course to reopen at the end ofMarch.

The line has been shut since February 2016 following a landslip at Eden Brows. Network Rail has undertaken a £23 million project to drive two rows of high-strength piles into the slopes to provide a firm foundation for the railway. Nearly 3,000 tonnes of concrete was due to be delivered between 2 February and early March as part of the reconstruction work.

When the line reopens, NR says it plans to carry out earthworks improvements to the foot of the embankment below the line, including drainage ditches and pipework, rock armour to guard against erosion when flows in the river Eden are high and replanting trees over the entirety of the affected area.