Shotts casualty: Network Rail has formally proposed closure of little-used Breich station on the Edinburgh to Glasgow via Shotts line, which is served by just one train each way on Mondays to Saturdays, as the £1.4 million it would cost to bring it up to standard as part of the electrification project is considered prohibitively expensive. No 156442 is seen working the 11.57 Edinburgh Waverley to Glasgow Central through the station on 22 June 2017.
Ian Lothian

THE FIRST masts to carry overhead wires have been erected on the Shotts line between Holytown Junction and Midcalder Junction in the Scottish central belt.

The £160 million project will electrify 74 single track kilometres of railway, creating a fourth fully electrified route between Edinburgh and Glasgow by March 2019 (completion of wiring on the line via Falkirk is due later this year).

Network Rail says work remains on target, with vegetation clearance and piling completed in tandem with work on a range of bridges. The company said in early August that bridge clearance work was only required at ‘a few more structures’, meaning the erection of 1,265 masts could proceed. In total, 17 structures on the line will be removed or replaced and a further 10 bridges will see an increase in parapet heights. The electrification element of the work is being carried out by contractor Carillion, and the first mast was erected at Holytown Junction on 30 July.

Following completion of the work, ScotRail plans to use its new Hitachi Class 385 EMUs on the route. 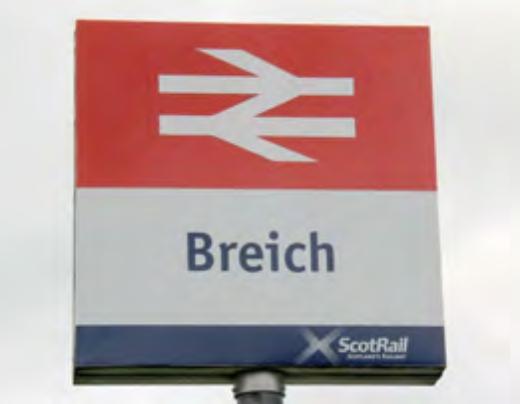