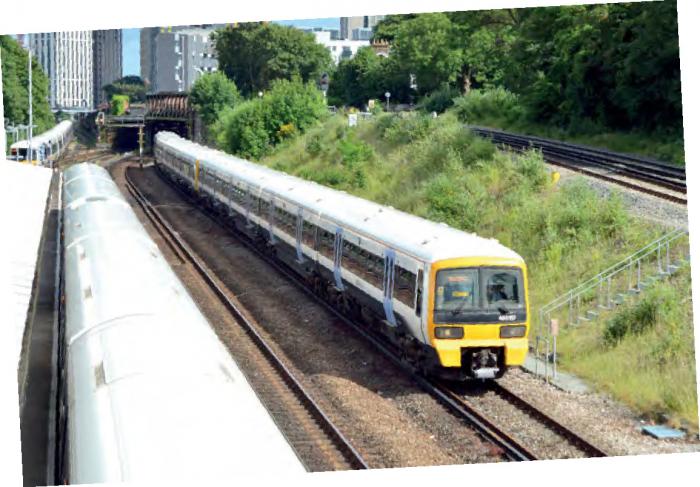 Longer trains coming? A Class 465 empty stock working passes St John’s on 21 June 2016. As we reported in the February issue (p85), the Government has declined to authorise a cascade that would have enabled longer Southeastern metro services before the franchise change.
David Andrews

LENGTHENING TRAINS, speeding up services by removing stops at smaller stations and abolishing first class provision are among options suggested by the Department for Transport for the next South Eastern franchise.

The Department is consulting on the specification of the franchise, which is due to begin in December 2018. Also planned is formation of an integrated operating team with Network Rail to operate the franchise through an alliance structure, as set out by Transport Secretary Chris Grayling in December 2016.

DfT says its ambition is to provide more space for passengers, with potential to run longer trains and upgrade or replace ‘the older trains used in and around London’.

Lengthening of Metro services to 12 carriages is suggested, along with providing more seats on High Speed services, although it is acknowledged that infrastructure works such as platform lengthening would be required to achieve this. Using high-capacity metro-style carriages on busy routes is also suggested to provide ‘a better balance of seating and room for standing passengers’.

A further consideration is provision of first class seating, removal of which ‘would create more room for passengers, which would be important during peak hours’.

The possibility of major reconfiguration of timetables is suggested. This could involve all services from a particular route or area running into one London terminal, reducing complexity of operation, coupled with more clockface services at regular intervals. The need to link with the Thameslink enhancements, which will see a number of services run into Kent, and the Elizabeth Line at Abbey Wood, is also stressed.

Speeding up longer-distance journeys, such as London to Hastings, is an ambition. This could be achieved by operating high-speed services to St Pancras via Ashford, although DfT says it is exploring options to reduce journey times on the existing route via Tonbridge, such as by reducing calls at less well-used stations to deliver an hourly fast service. Splitting the Brighton to Ashford service at Hastings is also an option, with the possibility that the Hastings to Ashford leg could be incorporated within the South Eastern franchise.

Reduction of delays and improved reliability, along with improved compensation arrangements, is seen as crucial. This would be accompanied by smarter payment schemes, improved customer service, better station facilities and greater staff involvement in running operations. The formation of an integrated operating team through an alliancing structure is seen as key to achieving performance improvements.

Bringing in new models of private funding is also on the DfT’s wishlist, along with options for longer, concession-style franchises or smaller franchises which could allow new, more innovative entrants to the market. Creation of local innovation zones, with rail services tailored to match the area’s needs, is another possibility. Options could include light rail operation, with the Thames Gateway highlighted as a possible candidate area.

The consultation on the South Eastern franchise runs until 23 May.