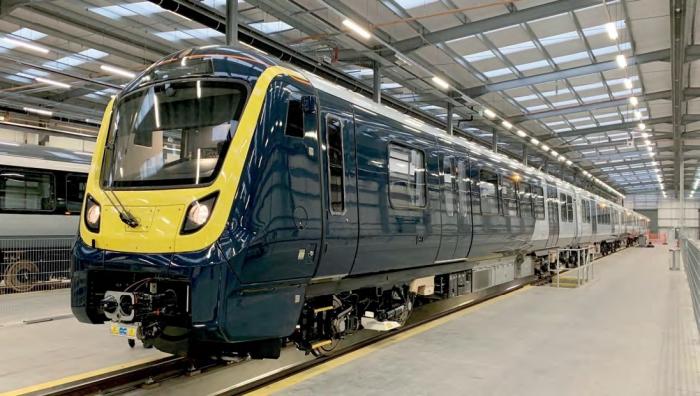 Aventras edging closer: South Western Railway’s inner-suburban services are set to be transformed by fleet renewal with 60x10-car and 30x5-car Class 701s. This is one of the early units in ‘V’ shop at Bombardier’s Litchurch Lane site on 11 November.
Courtesy Bombardier

SOUTH WESTERN Railway is consulting on plans to cut some late night and early morning services to make more time for Network Rail to carry out maintenance work.

The plan responds to a recommendation made in the review of performance on the South Western network by Sir Michael Holden, who suggested more time for overnight maintenance would help improve infrastructure reliability. Sir Michael recommended longer periods on Sunday to Thursday nights to carry out maintenance, giving Network Rail an extra 45 minutes each night for this. As a result, SWR proposes to run later trains on Friday and Saturday nights instead.

SWR’s consultation is for changes to take place in December 2020. It says the number of passenger journeys directly affected by the services removed is fewer than 400. Instead, a series of additional services would be introduced on Friday and Saturday nights after 23.30, when demand is higher.

The consultation on the plans runs until 23 December.