TAKING IT TO THE NEXT LEVEL 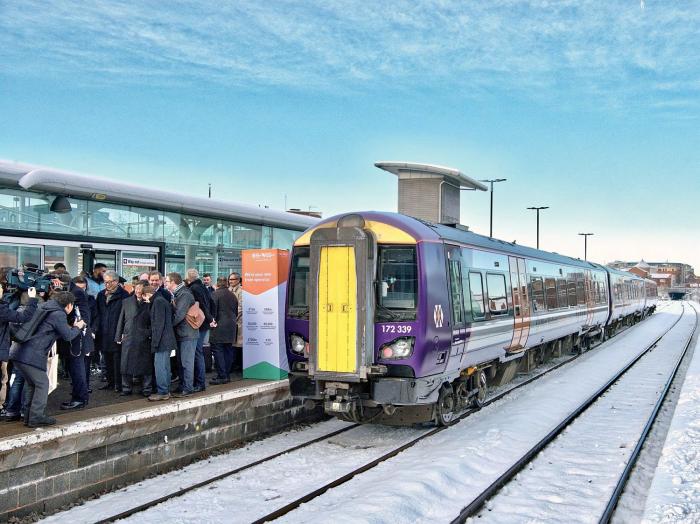 Media scrum: unit No 172339 at the launch of the new franchise at Birmingham Moor Street on 11 December 2017. JOHN WHITEHOUSE

Jan Chaudhry-van der Velde has hit the ground running. ‘We’ve got a lot to do in eight and a half years – there hasn’t been a dull moment since I got here’ he says of his new home at West Midlands Trains, where he arrived last December. ‘It’s an ambitious franchise with lots of improvements, but it’s all doable.