Each journey generates value of £69, says a new study

The Plymouth – Gunnislake Tamar Valley line is worth more than £13 million a year to the economy, according to a new study produced by the TAS Partnership for the Devon & Cornwall Rail Partnership (DCRP). The study estimates that each of the line’s annual 190,000 journeys is worth £69.

■ local business and economy – generates and sustains trade (retail expenditure generated by rail users is estimated as £2.9 million, much of it in Plymouth);

■ employers & employees – use of rail service by commuters, with an estimated total value of the employment from rail service of £2.6 million. Most of the line’s regular commuters work in Plymouth;

■ tourism – use of the rail service by tourists and visitors;

■ volunteering – time contributed to railway and other community projects (estimated as £3,130 per annum); n health – as part of an active lifestyle, rail users draw less on NHS resources.

The report makes clear that this is not a cost:benefit study and does not seek to provide a valuation that is net of operating costs. It says the overall net value of the line in Devon is £6.5 million a year and £6.8 million in Cornwall. There are other ‘soft’ benefits not captured by the financial study in areas such as the personal benefits of improved health and environmental benefits through reduced carbon use compared to car trips.

The Tamar Valley line has seen a 60% growth in usage since 2001, with 73,000 additional trips in 2016 from the 2001 baseline. Much of the uplift is down to strenuous marketing efforts by the DCRP: the Partnership provides £30,000 each year to cover the staff and resources it uses for Tamar Valley line development.

The Tamar Valley line is subsidised and so benefits of patronage growth should be quantified as a reduction of subsidy required.

Rail passenger and general travel surveys asked what improvements people would like to see to the train service. Both surveys found that people would like to see a train from Plymouth later than today’s 21.31, to allow people to spend an evening out in the city and still return home by train or to make later connections from other parts of the country.

Currently the last train of the day from Gunnislake works through to Exeter, meaning that both of the options for a later service would require an additional unit and crew. TAS says the first option is to move the last departure back by an hour, which would have the additional benefit of allowing the unit (although probably not the crew) to work an additional return working around 20.00, making for a better spacing of evening services. Pushing the last train later would mean the service to Exeter would either run an hour later or have to be worked by a separate unit. 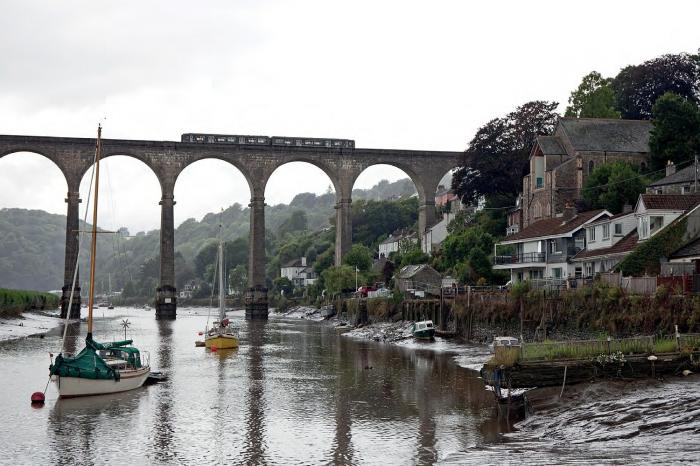 From Cornwall into Devon: the 13.45 from Gunnislake crosses the county boundary, high up on Calstock viaduct, on 30 July 2018. Tony Christie

The second option is to keep the evening services as per current timetable but operate an extra service around 23.00. This would allow the 22.21 to continue on to Exeter as now – this service clears the single track on the Tamar Valley route at around 22.55 so would not prevent a later journey but would still require an extra unit. If it were to use the unit off the 22.21 ex-Gunnislake (with the 23.11 to Exeter worked by a separate unit) then departure time would be 23.10 at the earliest – this might be considered too late for some people, although it would allow a connection from the 23.07 arrival from Manchester (21.13 from Bristol).

Rail passengers also want to see a more frequent service on weekdays. TAS says the best frequency possible using just one unit would be every 100 minutes. Although this is more frequent than today’s timetable, it would result in less memorable departure times than every two hours. The current ruling speed of the route is 40 to 55mph. Given that the section between St Budeaux and Bere Alston was once a main line railway and the units used to operate the line have a 75mph maximum speed, it could be possible to reduce journey times by increasing the linespeed. In practice, at least 15 minutes would need to be saved off the round trip time to allow a 90-minute frequency with one unit.

‘Introducing a second unit and train crew to enhance the frequency is an expensive move and may only be justifiable in the morning and afternoon peaks’ says TAS.

Cllr Kirk said: ‘Our little railway, which must be one of the most beautiful to be found anywhere, is of vital importance to our communities, linking us to the rest of the world and providing access to employment, education, shopping and entertainment. This study has gone into great depth proving just how key the line is to the people of the valley and the economy. It thus helps make the case for the line’s improvement and development’.

Rail Partnership Manager Richard Burningham added: ‘This is a really interesting study, the first anywhere that has looked at a rural line and sought to estimate the railway’s contribution in pretty much all ways to the communities it serves and the economy. It very much underlines the importance of the Tamar Valley line’. 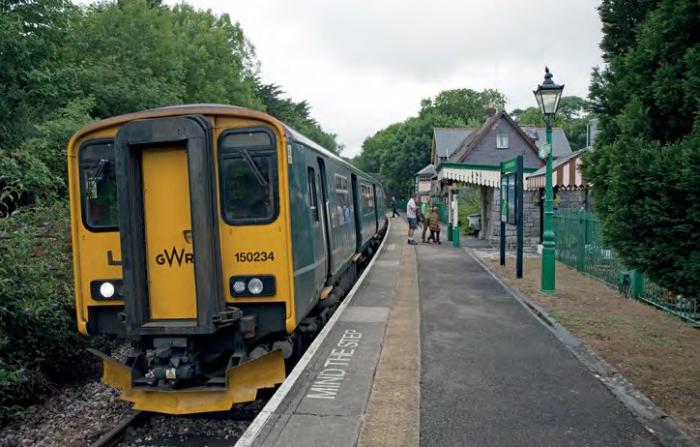 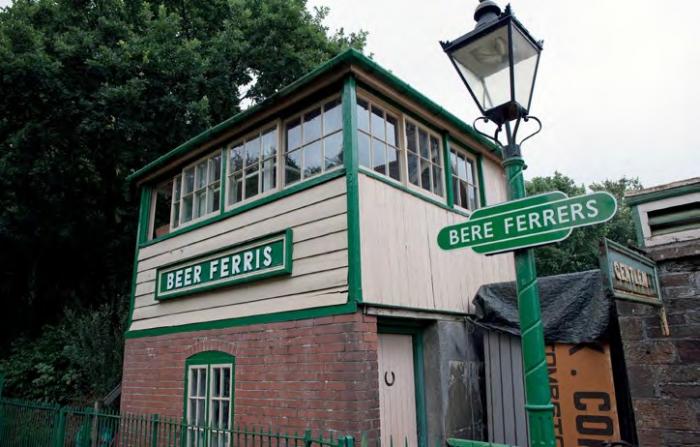 Bere Ferrers: home to a railway heritage centre alongside the station. The sign on the signal box reflects a 19th century spelling of the village name. Tony Christie 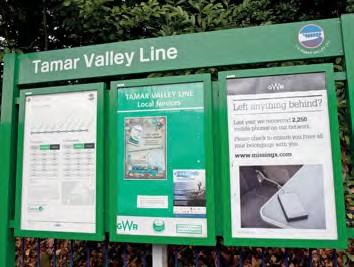