A TASK FORCE FOR MANCHESTER 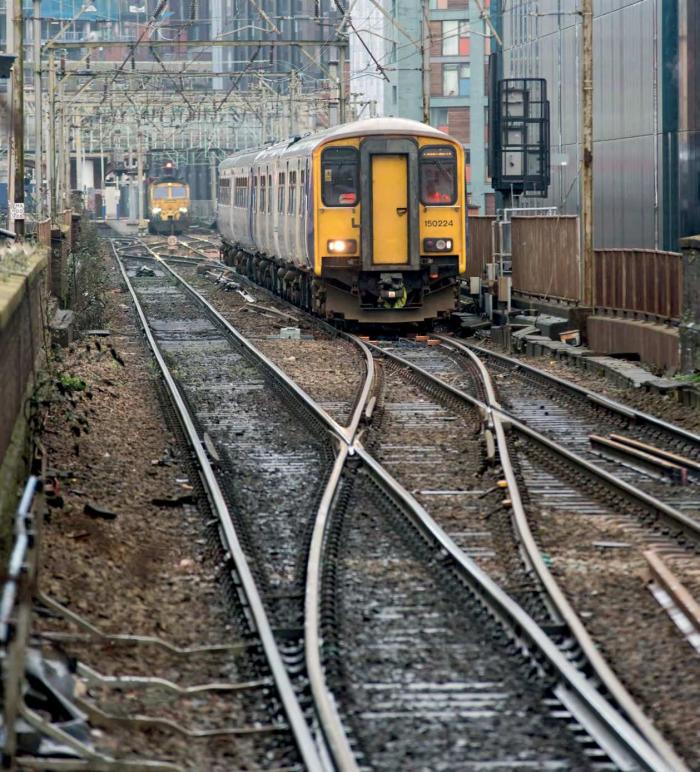 Congestion on the Castlefield corridor: Freightliner loco No 66549 on a Southampton to Trafford Park intermodal waits in platform 2 at Manchester Oxford Road while Northern’s Nos 150224/156426 cross in front of it out of platform 5 with the 10.16 Manchester Oxford Road to Liverpool Lime Street service via Warrington Central on 4 February 2021.
Tony Miles

On 14 January, the Department for Transport launched a consultation into future timetable options for Manchester. It was a key milestone for the Manchester Recovery Task Force (MRTF), one year on from its formation. When MRTF first met, we knew we were facing one of the biggest railway problems today, but had no idea of the journey we would go on during 2020.

There seems to be a Task Force for everything these days: organised crime; mental health; Covid-19. Task Force is a military concept and, for school-age boys in the early 1980s like me, it means only one thing: a flotilla of 127 ships steaming south to reclaim sovereign territory. The Falklands Task Force stood for pace, decisive action and swift success, so it’s easy to see why that’s desirable to emulate when faced with a difficult operational, social or political problem.