BUT PRIORITY TO BE GIVEN TO FLEET REPLACEMENT 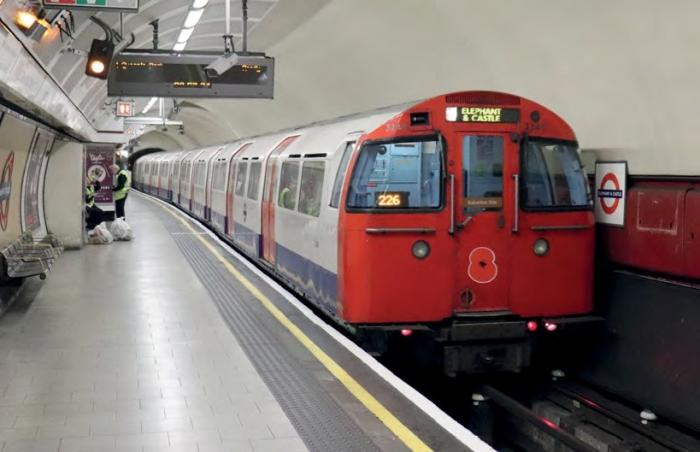 Preparing for an upgrade: Elephant & Castle station on the Bakerloo Line on 31 October 2018, with 1972 stock departing. Philip Sherratt 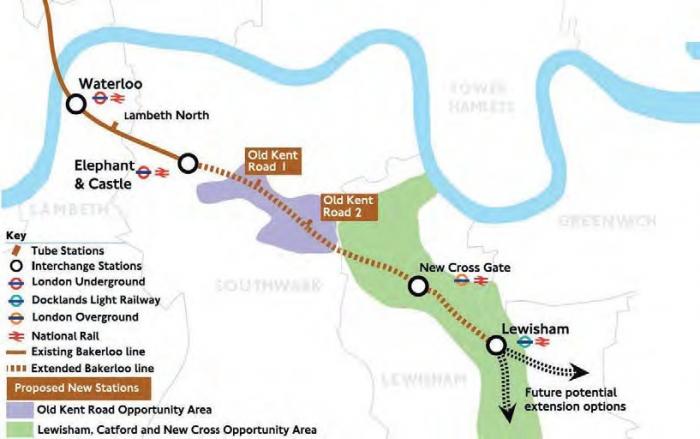 TRANSPORT FOR London is consulting on its latest plans for extending the Bakerloo Line, which include the possibility of taking over main line services on the Hayes branch The 10-week consultation also updates proposals on the route of the extension to Lewisham and gives potential names for the two stations planned to be built on Old Kent Road.

To extend the existing line from its Elephant & Castle terminus, TfL is proposing a new more direct alignment be built from Lambeth North to Elephant & Castle. This would allow a new Bakerloo Line station to be built at Elephant & Castle and provide a shorter, quicker route for the line. A new integrated station at Elephant & Castle would see the ticket halls for the Bakerloo and Northern Lines combined and offer step-free interchange between the lines, as part of a planned upgrade of the Northern Line ticket hall and delivered as part of the proposed new shopping centre development. This plan would see the existing station kept open for the majority of the construction period, although complex work would be required to connect the new and existing tunnels at Lambeth North.

A shaft would be built between New Cross Gate and Lewisham, while plans for a shaft beyond Lewisham at the Wearside Road council depot site have been developed into proposals for train stabling. Continuing the tunnels beyond Lewisham station to this facility would also eliminate the need for speed restrictions on trains approaching the terminus.

further benefit of the council depot site plan is the ability to tie in with a future extension beyond Lewisham to Hayes and Beckenham Junction. The extension has been planned to run initially to Lewisham, with the possibility of a further extension as a later phase, and TfL says an assessment has shown the Hayes/Beckenham Junction option to offer the greatest benefits.

This would involve connecting the extension to the existing main line route at the Wearside Road council depot and replacing heavy rail services with tube services at eight stations on the Hayes branch. Stations and other infrastructure would be upgraded, and platforms at Beckenham Junction modified to accommodate Bakerloo Line trains (this station would still be served by existing main line services to Victoria).

TfL says it would work with Network Rail, the Department for Transport and the wider rail industry to understand how trains displaced from the Hayes branch could be reallocated to provide additional services on other national rail routes in south east London and Kent.

It notes that a direct link to Waterloo and Charing Cross would be retained via the Bakerloo Line, but that a change of train would be required to reach London Bridge and Cannon Street, although it cautions that DfT plans could see the end of services to Cannon Street by 2022, with these services diverted to Victoria. Potential depot and stabling sites on the Hayes branch would also be considered.

An upgrade of the Bakerloo Line is planned, including new trains to follow those planned for the Piccadilly Line, new signalling, and infrastructure improvements including power upgrades, track replacement and station works. However, TfL cautions that neither the extension nor the line upgrade is currently funded, with its Business Plan stating its reliance on Government to support major capital projects. It says its priority is to ensure funding is found for the procurement of ‘the essential new trains for the Bakerloo Line’, which would ‘provide the foundation for delivering the wider plans of the extension’.

TfL’s consultation on the plans runs until 22 December.