AUTOMATIC TRAIN operation (ATO) in the Thameslink core was switched on for final testing and validation during regular services on 11 December 2019, as Govia Thameslink Railway prepares to increase service frequencies in December 2020. 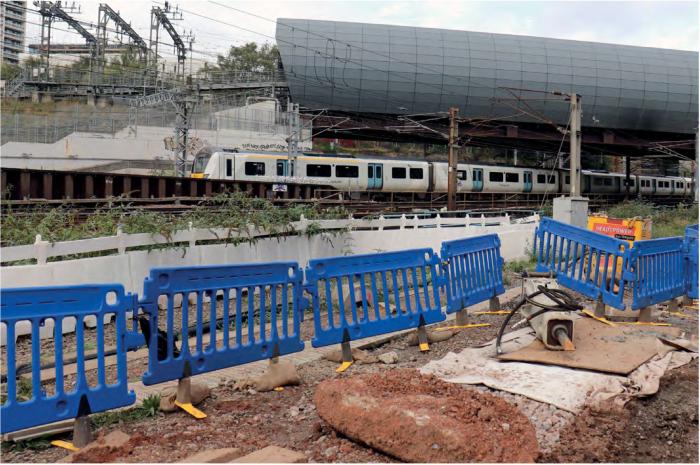 Entering the Thameslink core: unit No 700106 on a Peterborough to Horsham working heads for the Canal Tunnel at Belle Isle on 10 October 2019. Behind the train is the noise abatement tunnel used by Eurostar trains coming out of St Pancras. The photo was taken from the work site for bringing back into use the third bore of Gasworks Tunnels out of King’s Cross.
Philip Sherratt

The Thameslink core represents the first deployment of ATO with European Train Control System (ETCS) as part of the capacity enhancements. GTR first utilised the technology in passenger service in March 2018, including a press launch, but until now it has yet to be used in day-to-day service, chiefly as it has not been a requirement of the frequency being operated.

The current peak service between Blackfriars and St Pancras is 20 trains per hour (tph), which has been in operation since May 2019. Further frequency enhancements above 20tph will require ATO to maintain the service. Following extensive testing GTR is introducing ATO as a ‘soft launch’ to further validate aspects of the system before widespread deployment during 2020 as crew are trained to utilise the technology.

Frequency increases through the Thameslink core have slipped back following the difficulties experienced with the May 2018 timetable change and subsequent caution in implementing further enhancements to protect punctuality. As we suggested in our feature on Kent last month (p66), linking up separate services either side of the capital to create a through Welwyn to Sevenoaks service could take place in December 2020; this would be well-timed as it would take trains out of King’s Cross concurrent with half-closures at the terminus in early 2021 for remodelling work as part of the East Coast main line upgrade.

The final service linkage to create the full planned 24tph service through the core is Cambridge to Maidstone East, however the industry said in a letter to MPs in September that it is not yet possible to introduce this without severely impacting reliability on the rest of the network.