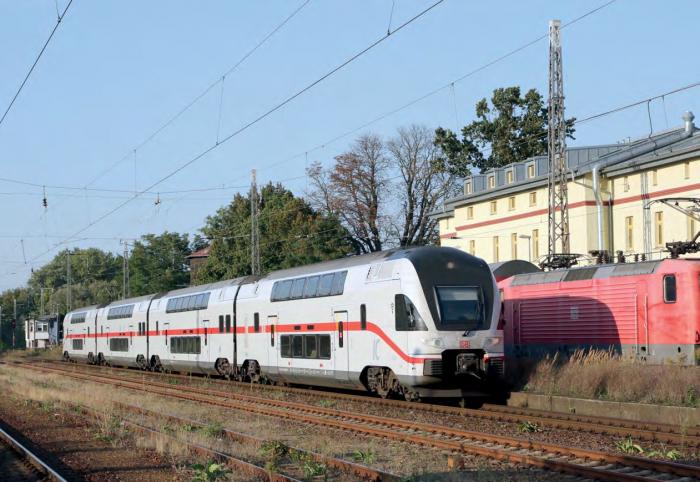 ‘New’ train, but infrastructure needs attention: one of DB’s latest IC2 Stadler Kiss EMUs passes Zossen, south of Berlin, on 22 September 2020 with an IC service from Rostock to Dresden. The route here, the main line between Berlin and Dresden, was electrified by the East German Government in the early 1980s but has had little spent on it since, although much of the rest of the route has been completely rebuilt in the last decade; rebuilding the Dresdner Bahn and its route direct into Berlin is now a priority.
Keith Fender

In 1990 Germany was reunited as a single country after 45 years of Cold War division. Assuming current planning comes to fruition, 40 years after reunification the country should have a regular interval higher frequency national rail timetable (in German, Taktfahrplan). In 2018 the German Government announced it wanted to see the country adopt a regular interval timetable, similar to that used in Switzerland since 1982 – and enhanced there several times since.