THE FIRST TransPennine Express Class 185 DMU entered the Siemens workshop at York in January at the start of the fleet refurbishment programme. The set is expected to return to service during the spring with the interior having been completely refurbished to ‘an inter-city level of style and comfort’ 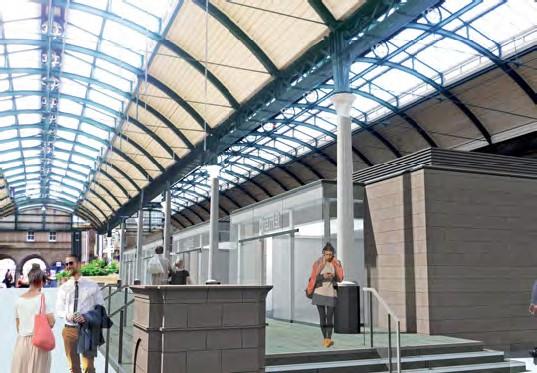 Two of TPE’s stations are to see significant refurbishment. Work to transform Hall Paragon station as part of a £1.4 million investment began on 6 February. The old Pumpkin café will be converted into new customer toilets and a glass-fronted waiting room will be built, extending out from the front of the existing building. Both facilities will be completed in spring 2017. Improvements to the ticket office will also be made in the spring, including the removal of the counter screens, making it easier for customers to talk to staff and improving accessibility. This will be followed by the construction of four new high-quality retail units.