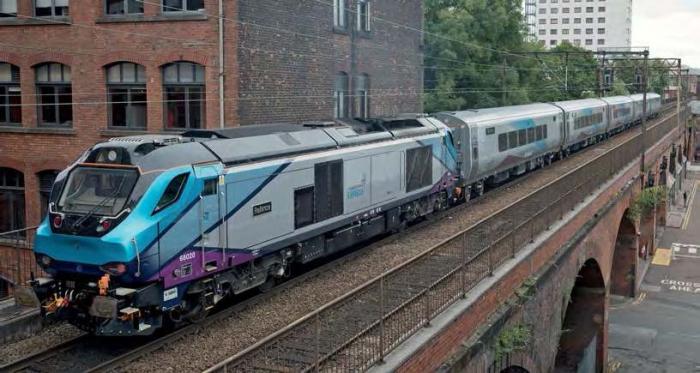 Nova 3 on test: No 68020 powers a set of Mk 5As on the Castleield corridor between Oxford Road and Piccadilly stations in Manchester on 29 August 2018.
Tony Miles

TRANSPENNINE EXPRESS has announced that entry into service of its Nova 3 leet of trains for the North TransPennine route has been delayed, and the trains won’t be ready before the end of the year.