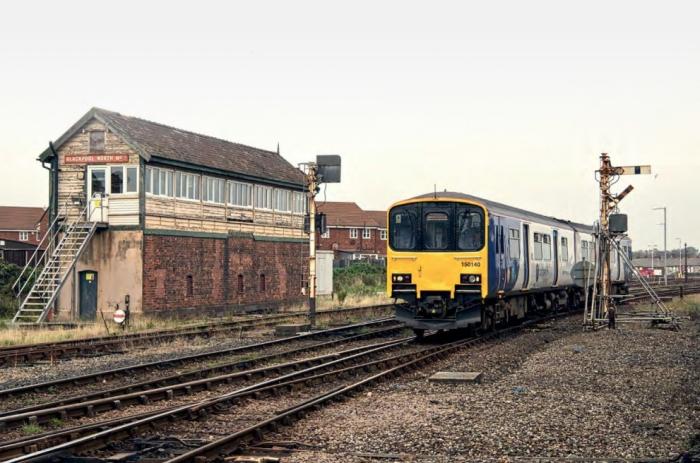 At the end of its days: Blackpool North box on 27 September 2017 with a Class 150 passing. A blockade from 11 November to the end of March will see colour lights installed and electrification masts put up. John Whitehouse

A DIGEST OF THE MAIN CHANGES ON NETWORK RAIL, LONDON UNDERGROUND AND NORTHERN IRELAND RAILWAYS INFRASTRUCTURE DURING AUGUST 2017; COMPILED BY MARTYN BRAILSFORD OF THE BRANCH LINE SOCIETY (WWW.BRANCHLINE.ORG.UK).

August, with its Bank Holiday weekend, saw significant work at London Bridge and Waterloo and the electrification between Edinburgh to Glasgow Queen Street finally got switched on. Elsewhere Bolton and Saltburn West Junction were seriously remodelled, whilst preparatory work took place at Derby and Blackpool North.