THE TRAFFORD Park extension of Manchester Metrolink was due to open on Sunday 22 March, after this issue went to press. 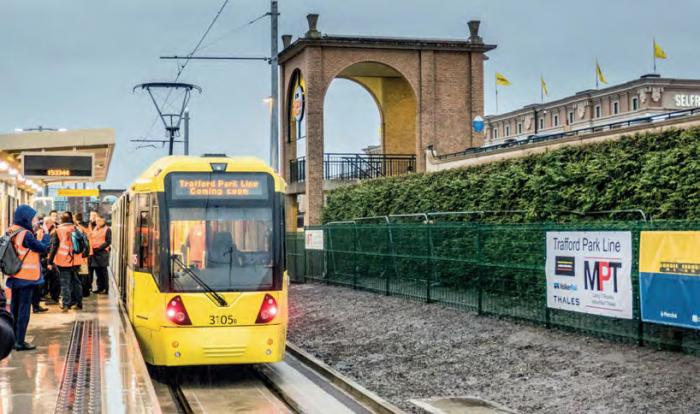 The opening of the 5.5km line is ahead of even an accelerated schedule, with Transport for Greater Manchester having announced that the line would open early in April. Leaving the existing network at Pomona, the extension serves six new stops at Wharfside, Imperial War Museum, Village, Parkway, Barton Dock Road and intu Trafford Centre.

TfGM has delivered the £350 million extension alongside construction partner M-Pact Thales, a consortium of Laing O’Rourke, VolkerRail and Thales, and its delivery partner WSP. The extension expands the Metrolink network, the largest in the UK, to over 100km with 99 stops.