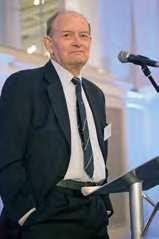 Since it was commissioned by the Prime Minister, Sir Peter Hendy’s Union Connectivity Review (UCR – p15, last month) is essentially a political document.Its primary aims are to support the new ‘red wall’ Conservative Members of Parliament in the North of England and reassure the Scots that Westminster really does love them and wants to be even closer when it comes to travel.

So all a bit ho-hum, apart from Isambard Kingdom Johnson’s latest grandiose project –a fixed link between Scotland and Northern Ireland. Or so I thought, until I read it through carefully when the following lines jumped off the page: ‘Higher capacity and faster journey times to and from Scotland from England and Wales and Newcastle by rail (East Coast main line)’.

Now, ECML journey times have been an abiding preoccupation ever since I was introduced to a certain class of large locomotive with a two-tone green paint scheme which had just reintroduced a 6hr headline London to Edinburgh journey time. Over the following decades I was fascinated by the way in which traction and infrastructure engineers together chipped away at speed restrictions on the ECML, saving minutes here and there, while preparing for the leap forward with each advance in traction equipment (Table 2).