INVESTMENT TO INCLUDE LOOP AT BRADING 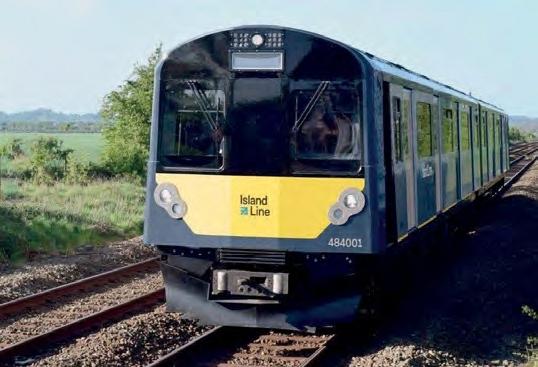 How it could look: artist’s impression of D stock in Island Line livery.
Courtesy SWR

VIVARAIL IS to supply 5x2-car Class 484 EMUs to replace the elderly Class 483s currently used on the Island line between Ryde and Shanklin on the Isle of Wight.

The first train is expected to arrive on test in early summer 2020, with service entry planned for spring 2021 after infrastructure upgrades have been completed.

The move is part of a £26 million investment, principally funded by the Department for Transport, which also includes construction of a new passing loop at Brading to enable an even interval half-hourly service to be introduced in May 2021.

The proposals were developed by South Western Railway and submitted to the Department for Transport following an initial stakeholder consultation in autumn 2017.

The Island line’s current Class 483 units, formerly London Underground 1938 tube stock, are by some distance the oldest on the main line network.

With the restricted loading gauge of the route, Vivarail will supply converted LU D stock trains, which will be designated Class 484. Maintenance of the fleet will be by SWR staff at the current depot at Ryde St John’s Road.

The two-car sets will be powered by the third rail, with the infrastructure work to include a renewal of equipment in the three electrical supply substations on the island.

SWR says the ‘484s’ will provide more capacity, better accessibility, passenger information systems, charging points and Wi-Fi, while connecting gangways between the carriages of each unit will assist guards with revenue protection and customer service duties.

Provision of a passing loop at Brading at a cost of £1 million will allow a half-hourly service to replace the current unbalanced 20/40-minute interval service.

Investment from Network Rail in the line’s infrastructure will include refurbishment of Ryde Pier in a separate £25 million investment, with track improvements and alterations to platform heights due to take place during winter 2020; there will be two phases when portions of the railway are closed, with rail replacement buses operating during these periods.

The order for Class 484s is the third for Vivarail’s D train conversions from ex-LU stock, with diesel-powered Class 230s now in service for West Midlands Trains on the Bedford to Bletchley route and battery/diesel hybrid units on order for Transport for Wales. 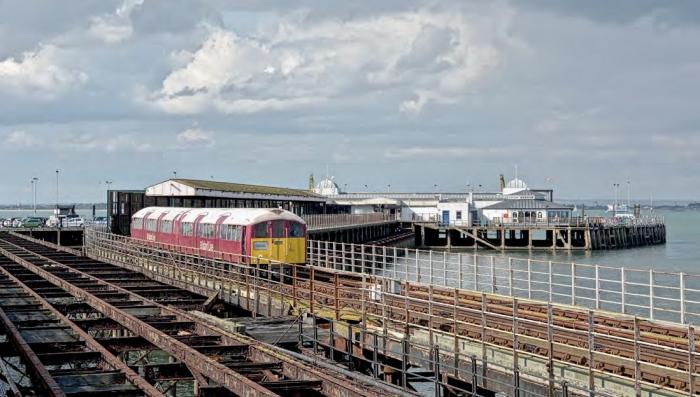