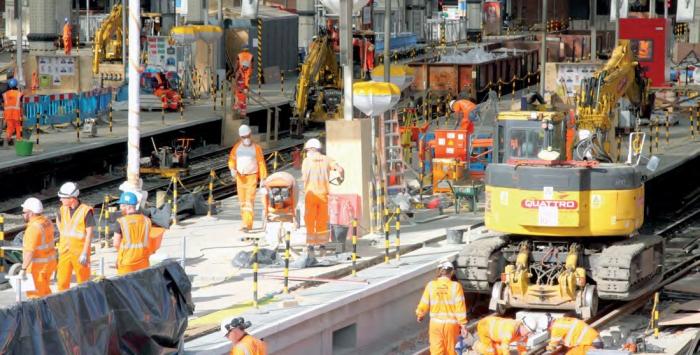 Big job: engineers at work on the suburban platforms on 16 August 2017.
Jamie Squibbs

During the blockade, Network Rail extended platforms 1 to 4 so they can accommodate 10-car trains. The adjacent platforms 5 and 6 have been slightly shortened, and these six platforms will in future be dedicated to main line suburban services via Wimbledon. To provide extra capacity during the works, which saw platforms 1 to 10 closed throughout, the former international terminal was temporarily brought back into use for passenger services. 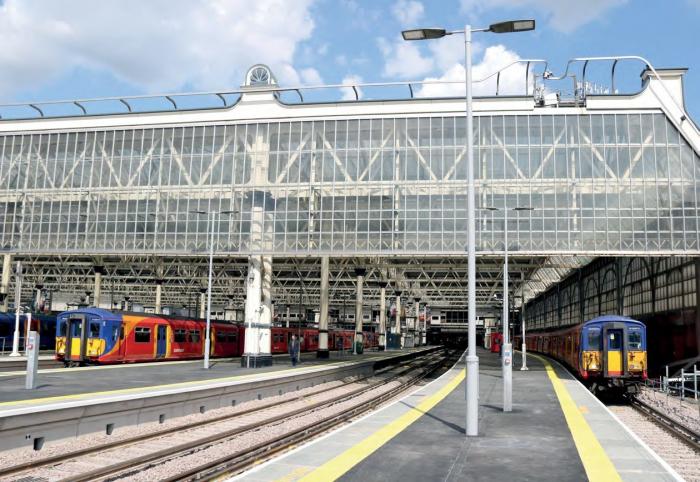 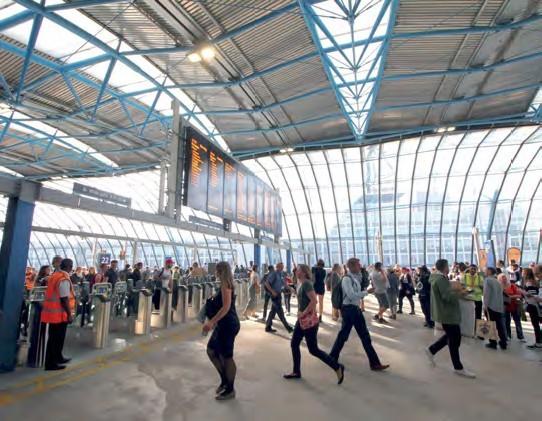 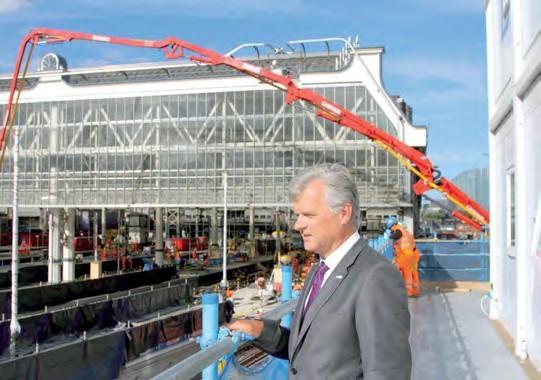 Delays to signal testing meant NR handed back the station to operator South Western Railway around an hour later than planned on 29 August, leading to delays and cancellations during the morning peak period. Services on several routes were completely cancelled and Queenstown Road, Earlsfield and Norbiton stations were closed for the first part of the day. In addition, Southeastern services which were due to divert into the former international platforms at Waterloo instead ran to Blackfriars (see p14).

The work schedule had been affected by the derailment of a Class 456 departing platform 11 at the station on 15 August, which struck an engineering train forming the boundary to the worksite (‘Informed Sources’).

The full benefits of the alterations will be seen in December 2018 when the international platforms are permanently returned to use for SWR services, at which point peak capacity into Waterloo will be boosted by 30%.

NR says the work at Waterloo has involved 1,000 engineers working a total of 180,000 hours during the 3½-week period. In total, 1,270 metres of track and seven miles of cable were laid and 160 metres of new platform was built. 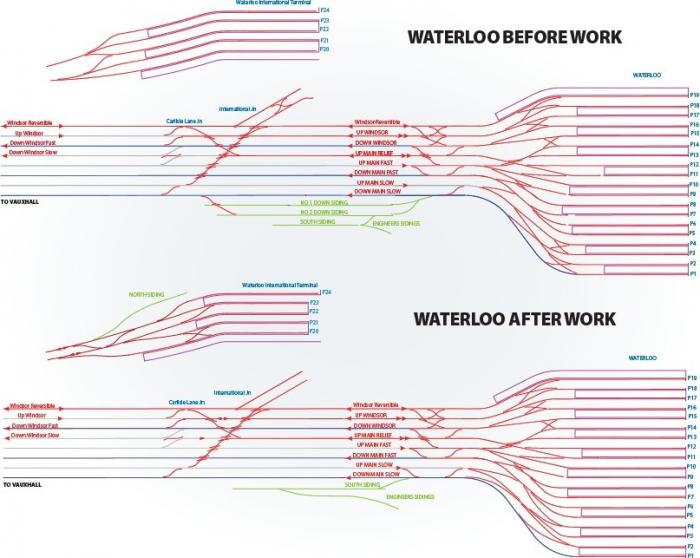