Choose your international partners for the Strictly Come Franchising competition 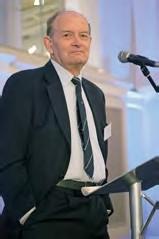 On 19 January the Department for Transport published its 30-page prospectus for the West Coast Partnership (WCP), which will combine running the replacement current Inter-city West Coast (ICWC) franchise with the development and introduction of High Speed 2 services. WCP will take over existing inter-city services on the West Coast main line from April 2019 while also acting as ‘shadow operator’ for HS2. From 2026, WCP will run the integrated HS2/ICWC services for a period of three to five years, with an option to extend for two to three years.

This prospectus is not a read I recommend to those of a practical disposition, since it is written in that weird blend of hyperbole and statements of the blindingly obvious beloved of civil servants and their masters. For example, ‘the West Coast must set a new international standard for rail that other countries admire and seek to emulate’

So, somewhere in the bid evaluation section of the Invitation to Tender (ITT) I expect to find the methodology for comparing the admiration/emulation factors of bids. I imagine DfT will have a basket of passenger organisations in other countries who will be asked to give their views on the WCPbids.

You can imagine the juries in France, Germany, Spain, Italy, Japan, Korea and China being shown the bids and asked to score them against a list of possible responses. Admiration scores could range from nul points for ‘Underwhelming’ to 10 for a sniffy ‘Not bad for a first attempt’ from any of the above national panels.

In his introduction, Transport Secretary Chris Grayling said that ‘we need world-class expertise to deliver this new chapter in modernising the railways. We are calling for bidder groups with a blend of skills including operating conventional rail services, high-speed rail services, technical innovation and great customer service’. He expects the WCP to attract ‘highly experienced companies’

Note the requirement for experience of high-speed rail operation. This generated some muttering from the UK train operators – and with some reason. 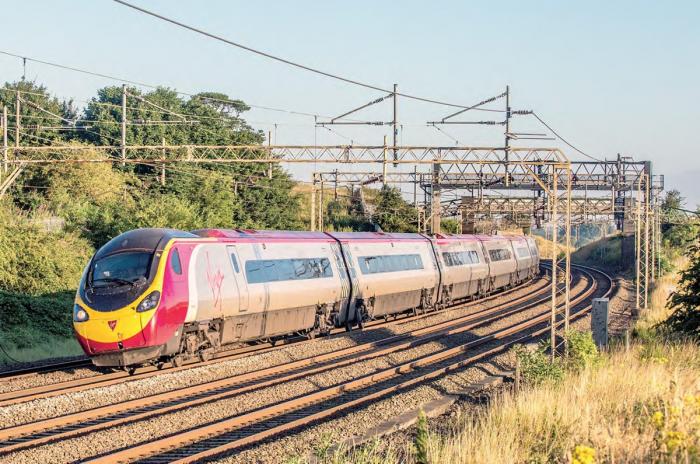 Leaning to the curve: Pendolino No 390029 forms the 05.50 Birmingham New Street to London Euston at Old Linslade on 6 August 2016. Ken Brunt

Running a dedicated high-speed line is a doddle compared with UK inter-city routes. Yes, of course the European state railways have experience of running mixed services off the high-speed route onto the ‘classic’ network, but I’m not sure how much a partner would bring to the bid.

Anyway, FirstGroup started the playground team-picking process by announcing that it would be bidding with Trenitalia. Abellio has already teamed up with East Japan Railway Company (JR East) and is shortlisted for the West Midlands replacement franchise. Arriva, if it chooses to bid, would be the German entry.

Otherwise I suspect that the aim will be to have a ‘trophy’ foreign partner with the necessary high-speed credentials, who will tick the box and get you shortlisted and not have a major role thereafter.

Table 1 shows the potential operators at the WCP Bidders’ Day on 27 January 2017.

When you see the workload involved in the new franchisee’s shadow operator role, I suspect that the critical decision will be the choice of consultants in the bidding consortium. No doubt deals are being setup.

So, plenty of fun to come. Meanwhile, as with Caesar’s Gaul, the new Partnership is divided into three parts.

First, there is running the current West Coast main line services from 2019. DfT expects reliability and punctuality to improve, plus more and better connections provided along the West Coast main line, doing ‘much more than maintaining current levels of operation and traffic’. Improvements suggested by DfT include shorter journey times, new destinations, new ticketing systems and bringing the usual unspecified skills and ideas from outside the current rail sector.

ICWC passengers should also benefit before the start of HS2 services, ‘through the early introduction of the new technology being developed for the new railway’. This is not any old new technology but DfT ‘new technology’, so no-one can tell me what it is.

DfT also calls for the operator to have a closer working relationship with Network Rail through joint initiatives and investment, ‘especially to mitigate any effects on existing services from the construction work’. The prospectus notes that the construction of HS2 poses particular challenges, ‘especially, but not only at London Euston’. Minimising the impact of this on passengers will be a central task for the Partnership.

Finally, in an oblique reference to fares levels, DfT warns that additional revenue generated on ICWC before HS2 opens should ‘primarily’ come from additional capacity and better value.

By far the most demanding of the three roles will be ‘shadow operator’ while HS2 is being built. WCP will act as a ‘critical friend’ to the HS2 design and build programme, including a ‘major role’ in the internal design of the HS2 trains.

While HS2 Ltd has developed an initial ‘model specification’ for the new high-speed services, WCP will be responsible for ‘developing and adapting’ this to create an integrated timetable combining HS2 and ICWC services reconfigured to exploit capacity released by HS2. This is where heavyweight consultancy muscle will be needed, especially as WCP will also be responsible for the detailed mobilisation and commissioning plan for the operation of HS2 services. Mobilisation will include developing and implementing a staffing plan, working with HS2 to test infrastructure and trains and preparing for the service launch. All this while reconfiguring the ICWC timetable.

‘Now skilled partners are being invited to be an integral part of the project to shape its services and bring them to life. They must define the project’s future for both the Inter-city West Coast (ICWC) and HS2 services, raising the bar on the existing ICWC service, learning from and delivering the best the world has to offer and doing better still.’ WCP prospectus

On top of this, WCP, DfT, Network Rail and HS2 Ltd will be developing an organisational model for the delivery of services on HS2 that will ‘closely align’ the incentives between the management of the infrastructure and the operation of train services. This could pave the way for the future establishment of an integrated railway, says the prospectus.

Finally, from 2026, WCP will run the integrated business. And don’t forget that the launch is in two stages, with the completion of Phase 2a in 2027 taking HS2 to a junction with the West Coast route north of Crewe, when Anglo-Scots services will feel the benefit.

This is going to be a complex launch and DfT, realistically, anticipates the need for some fast tweaking if it becomes apparent that services can be improved, or where ‘challenges’ are identified once live passengers are being carried. The operator’s track record during the three to five years after the launch will prove the baseline for the subsequent replacement franchise.

Bonding for such a complex franchise is relatively modest, requiring a £9 million season ticket bond and a £20 million performance bond. Guaranteed Parent Company Support is in two parts, a minimum fixed sum of £45 million for the Expressions of Interest stage, plus a further variable amount dependent on the level of the franchise payments bid.

Clearly, risk allocation has to be flexible. Up to the start of HS2 services in 2026, DfT will have a ‘robust’ revenue sharing and support mechanism aimed at incentivising market growth and passenger satisfaction while ensuring financial stability.

Disruption to ICWC operations from HS2 construction work during this period will be covered by the standard Schedule 4 compensation for planned track possessions. But DfT suggests a form of alliance with Network Rail might improve efficiency and minimise the impact of possessions.

Revenue and operating costs for the post-2026 railway are unknown. DfT is proposing a management contract for the combined HS2 and ICWC service with incentive mechanisms. This will be linked with a profit-sharing mechanism described by DfT as ‘proportionate’.

Call for Expressions of Interest issued

Consultation on ITT and contractual documents